Lucien Welsh is a Canadian webnovel author and bookstagrammer. He loves everything to do with books from reading them to writing them to buying way too many of them. Lucien is active on several social media platforms ranting about anime, books, and his frustrations with his language studies.At 28-years-old, Lucien has had several short stories published under a previous pseudonym but is hoping to share more of his original work under his chosen name. For the time being his webnovels can be found on Voyce.me but he is also working on a middle-grade fantasy project (alongside his illustrator friend) he hopes to query in the traditional publishing market.

With the amount of projects that Lucien has written, see below for a link to the full list of work. Webnovels can be read for free on Voyce Me where as other projects may be read by joining his Patreon.

A list of webnovels written by Lucien that are available to read for free on Voyce Me with deluxe editions including bonus content available for purchase.

My Delivery Boy is a shape-shifting fox god A slice-of-life fantasy romance between Naoki, a garden shop owner, and the runaway kitsune he discovers hiding in his greenhouse.
[ Featuring cover art by Sera Exefia ]
status :: complete 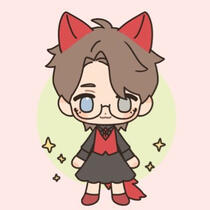 A VRMMORPG isekai set in outer space where the game pits players against in each other and the NPCs are actual people rather than AI.
[ Featuring artwork by Machi Koshi ]
status :: on-going[ note that the free version is a rougher draft and the paid edition contains new and bonus material not available elsewhere ]

If you enjoy the stories, please consider tipping over on Ko-Fi or sponsoring the novels themselves on Voyce Me.

A list of self-published novels not otherwise available elsewhere. Previews are free to read, and full review copies are available for book reviewers to reach out for.

Leto has always wanted to be a pilot, having idolized them through war history studies as well as high octane actions films he grew up watching. Now he finally hsa his chance to live out his dream, though his squadmates might be problem...Collin Bakirci is the definition of tall, dark, and handsome. He's charming and great at what he does, truly a master at everything. And Leto is immediately in love with him.

When the Devil Unbinds
Your Hands

Nigel grew up without the barest of necessities, having even the littlest of joys taken away from him. When he makes a deal as a last ditch effort to stay alive, he is too young to realise just how greatly it will affect his future.The Devil loves making deals and he never forgets a promise.

A middle grade adventure fantasy about knights, magicians, elementals, and cats.Barris and Klaus are a duo of adventurers, travelling from town to town helping out villagers with various requests. Their latest request, to recover a missing kitten, proves to be more than they bargained for as she is tied to what could possibly be the end of the world!

A Love story in denmark

Bendt fell in love with Lykke the moment he laid eyes on her at the gala his art gallery was hosting. But he worries that his relationship with the actress will be tainted by his monstrous existence in the mortal realm.Only Lovers Left Alive meets _______ in this nonlinear story of a vampire in love with a woman who sees no benefit in immortality.

The deluxe edition of BUT I'M NOT JUST AN NPC!! is now available for purchase!!

While the published version has been formally edited and updated in parts, the webnovel version is still available and free to read.

note that only the paperback edition will feature the bonus artwork

OOPS!! Due to an issue on Amazon, paperbacks are temporarily delayed.

I have two wishlists, one for books and one of misc things like movies/clothing/apartment things.

Although as an online writer, tips via Ko-Fi are also always appreciated